We’ve all seen enough about Dubai and Abu Dhabi to realize we’re not rich enough to ever live there. They have some of the most beautiful architecture, growing from a forgotten place in the middle of the desert into an amazing metropolis that evokes awe whenever you see it.

Sadly for Abu Dhabi and Dubai, the desert they were built in, isn’t too keen on keeping them around. It would seem that despite all the efforts made to keep the desert at bay, sand – as Anakin Skywalker told us – does get everywhere. It’s slowly but surely taking back whatever roads and buildings people built, and it’s creating some magnificent imagery. 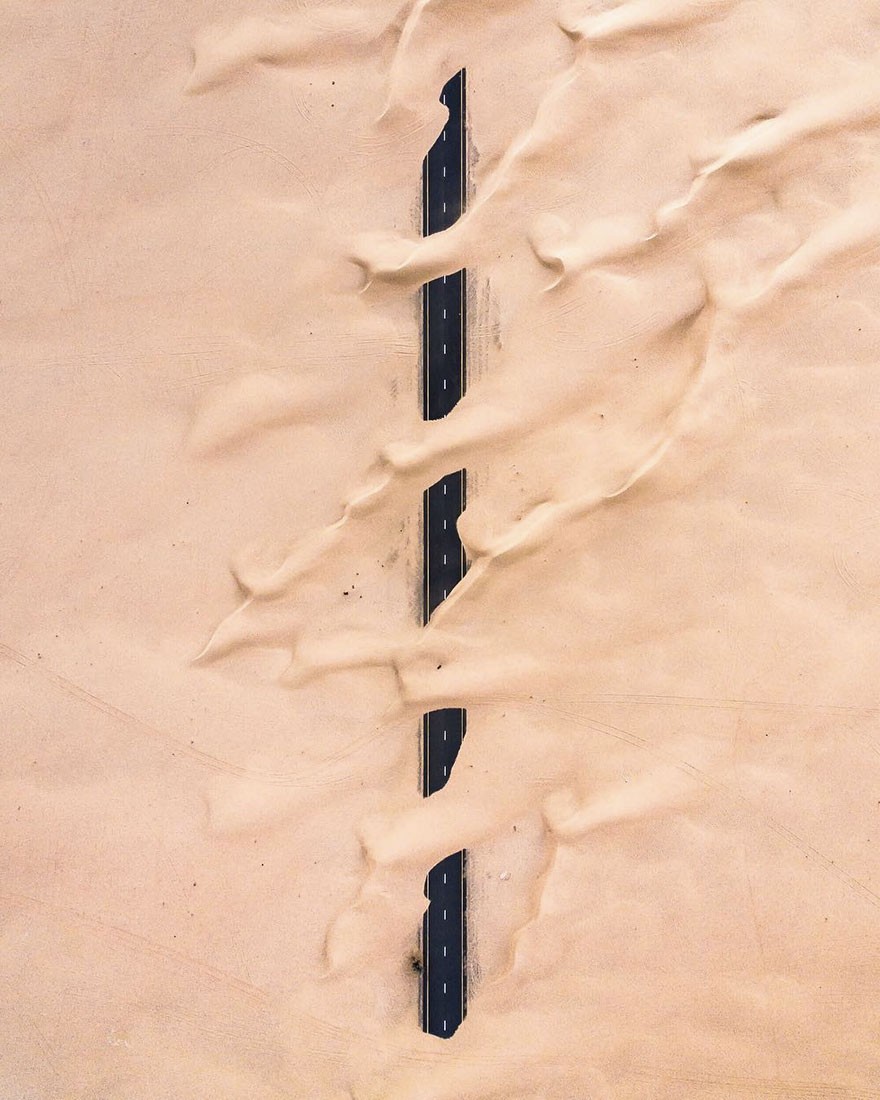 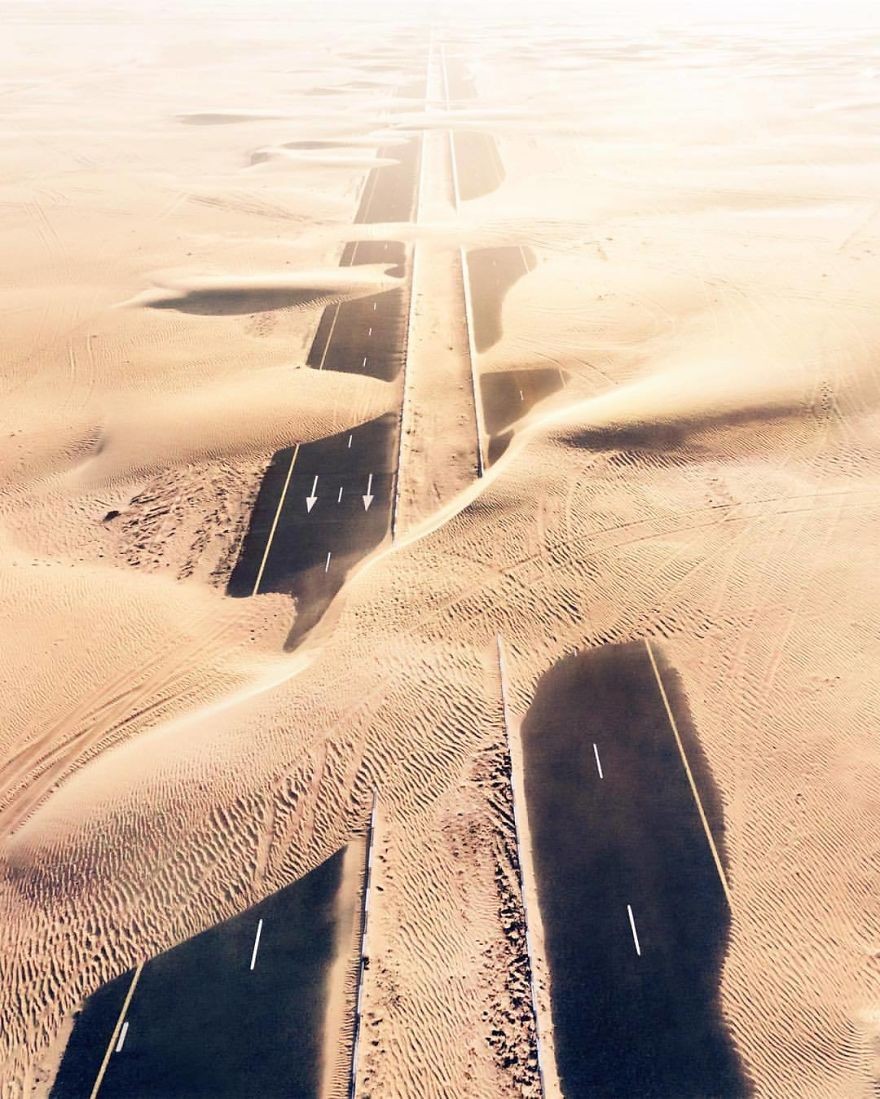 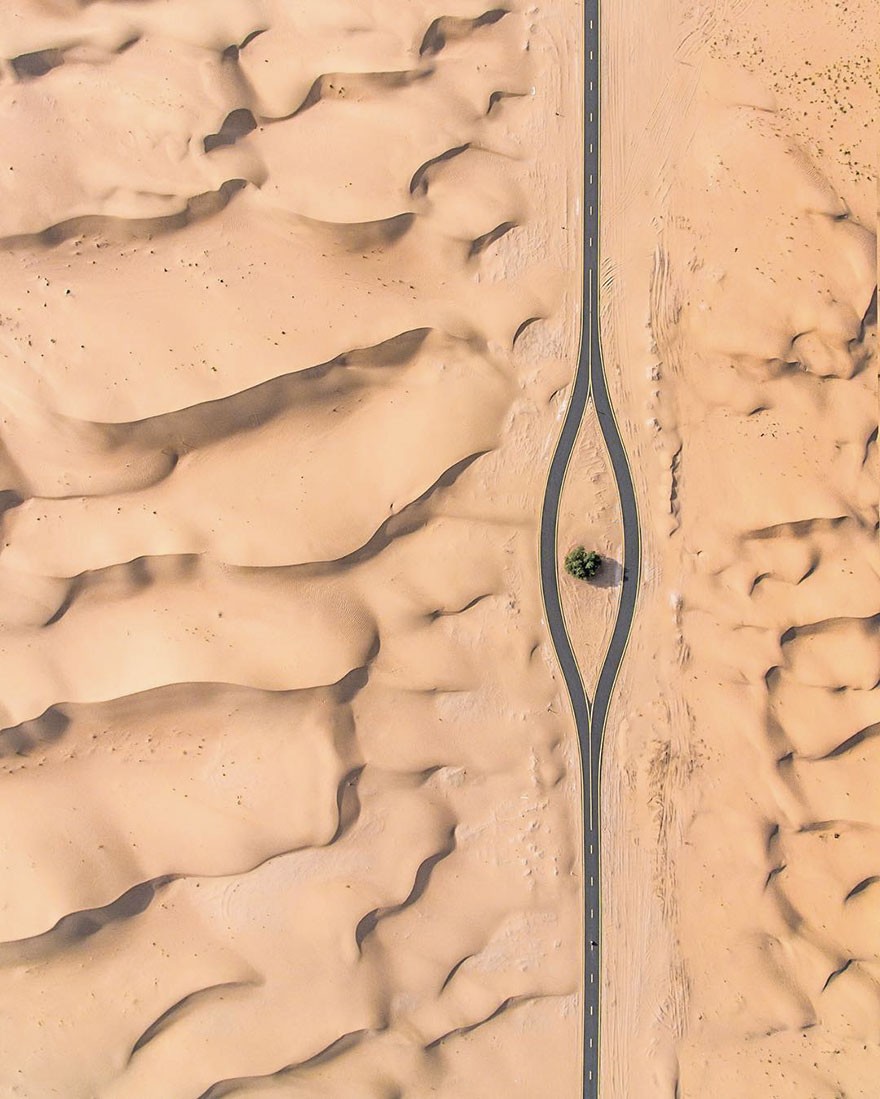 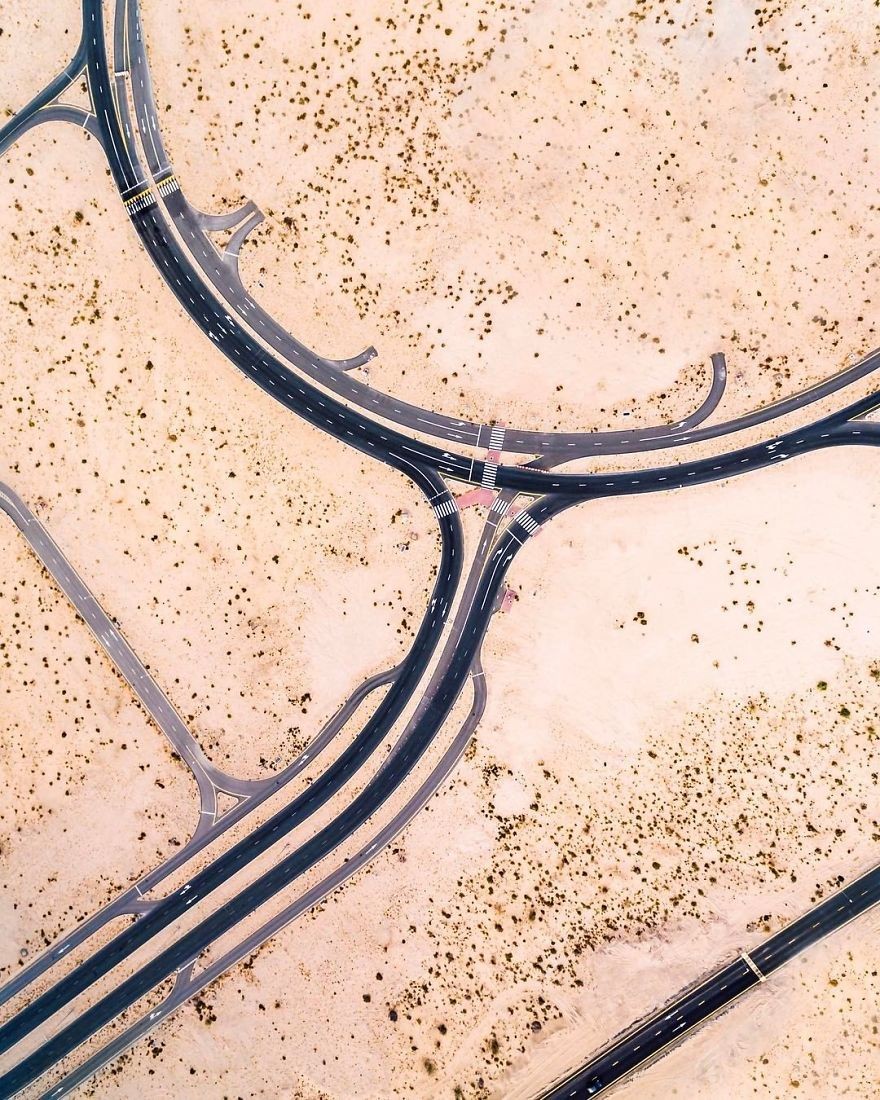 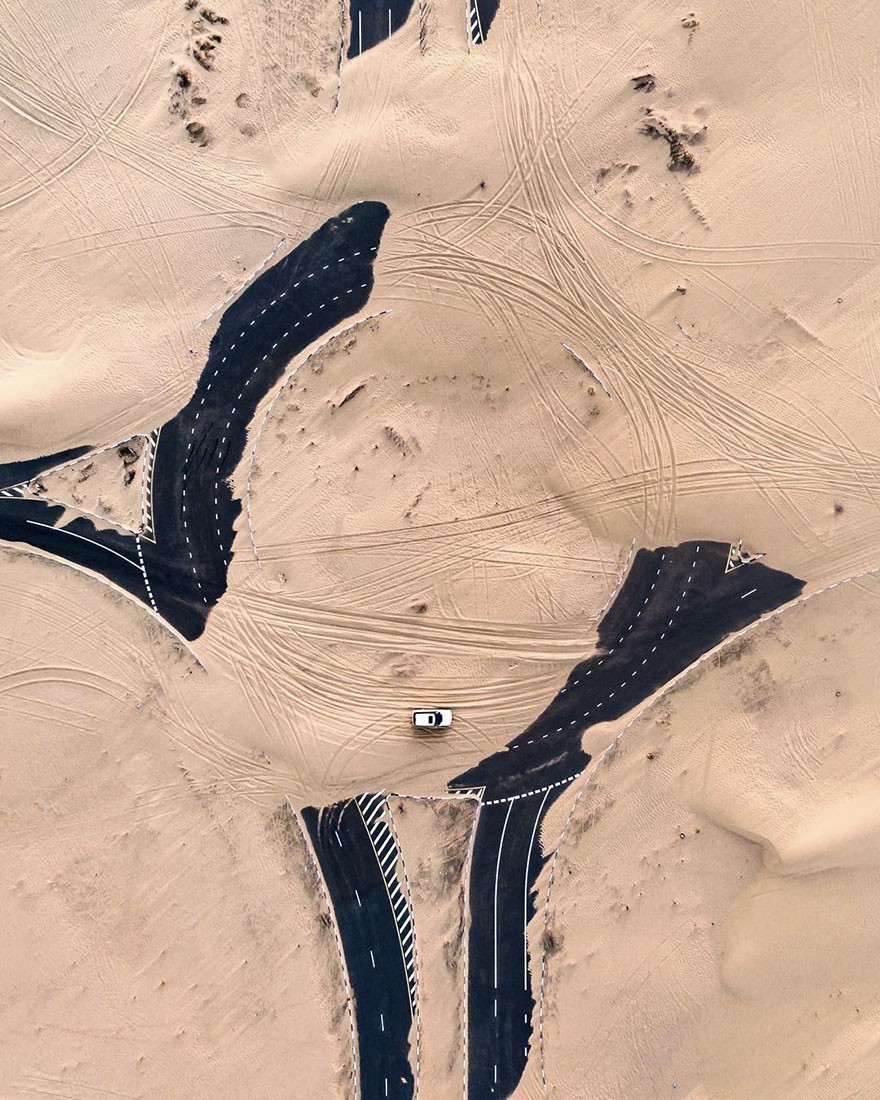 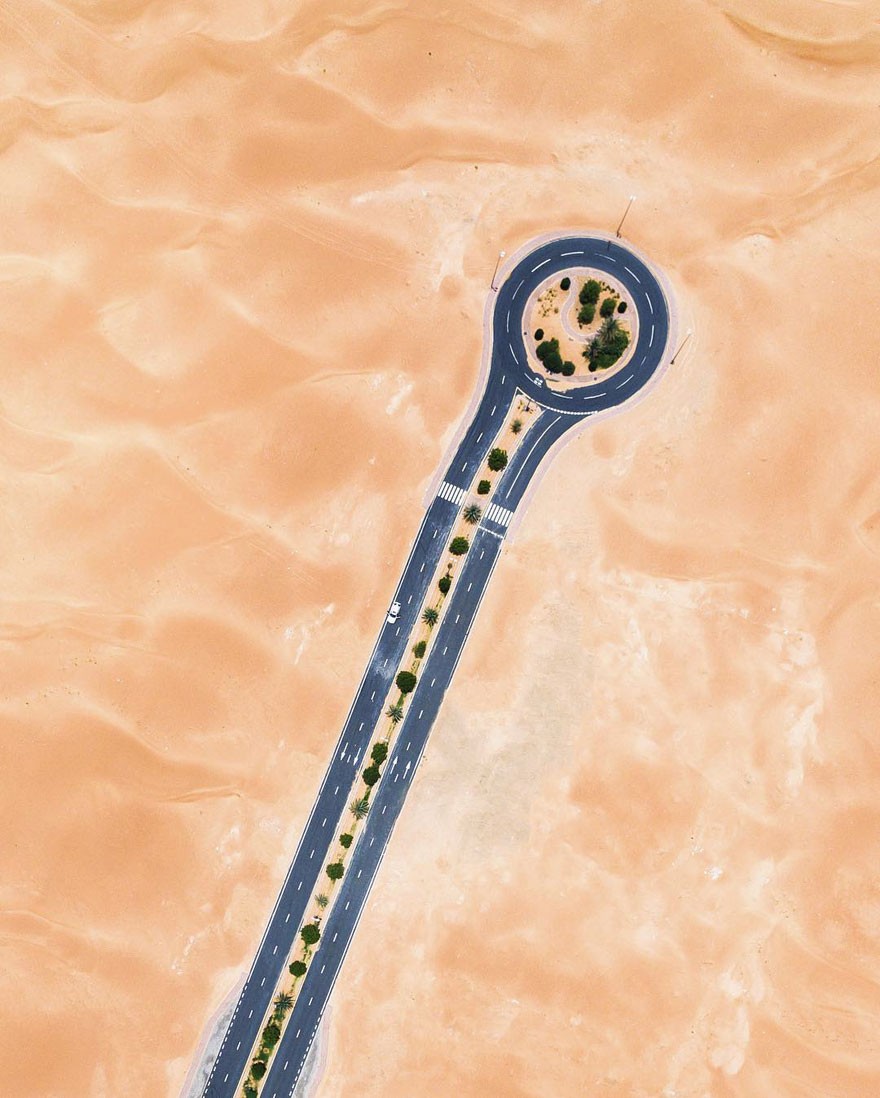 Australian photographer Irenaeus Herok  (no, he’s not a hero from Greek myths, that’s his actual name) used a drone to capture these pictures in a way that the eye can’t. Well, unless you can fly like his drone does. Irenaeus specializes in landscape photography and portraits, and his unique style is perfect to show stuff like this.

The pictures can look almost surreal or dystopian/post apocalyptic in a sense. It’s the kind of imagery you’d expect to see in a show like The Walking Dead or even a Salvador Dali painting, but not out there in the “real” world. It really makes you think about how sustainable Dubai, Abu Dhabi and – by extension – our cities are. If Mother Nature would decide to strike back at us, would we have a fighting chance? 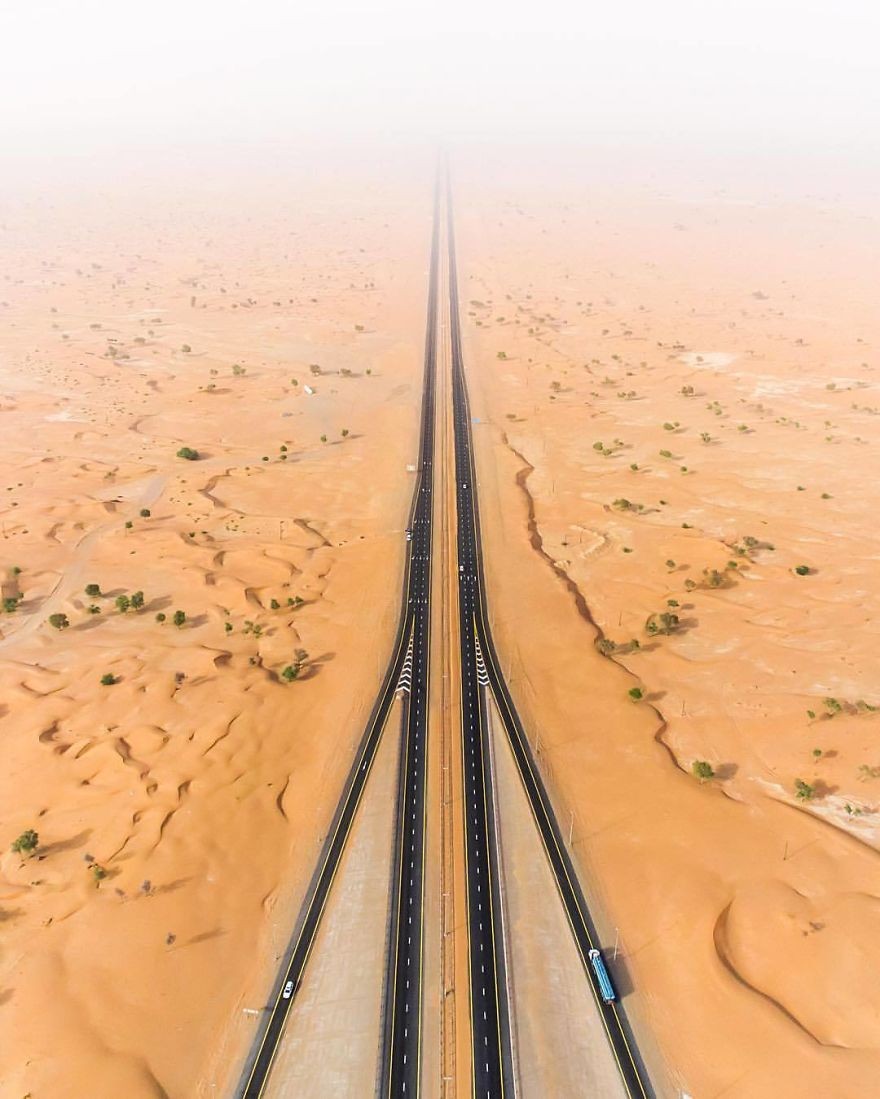 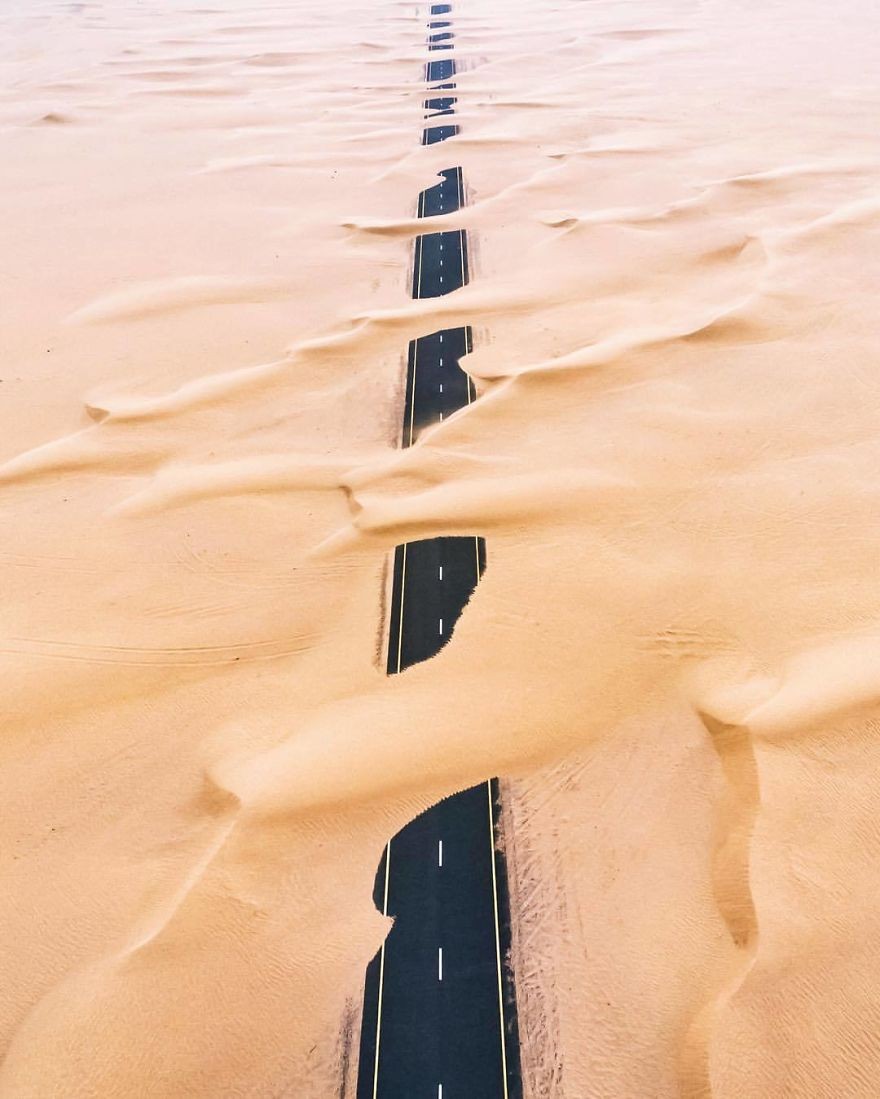 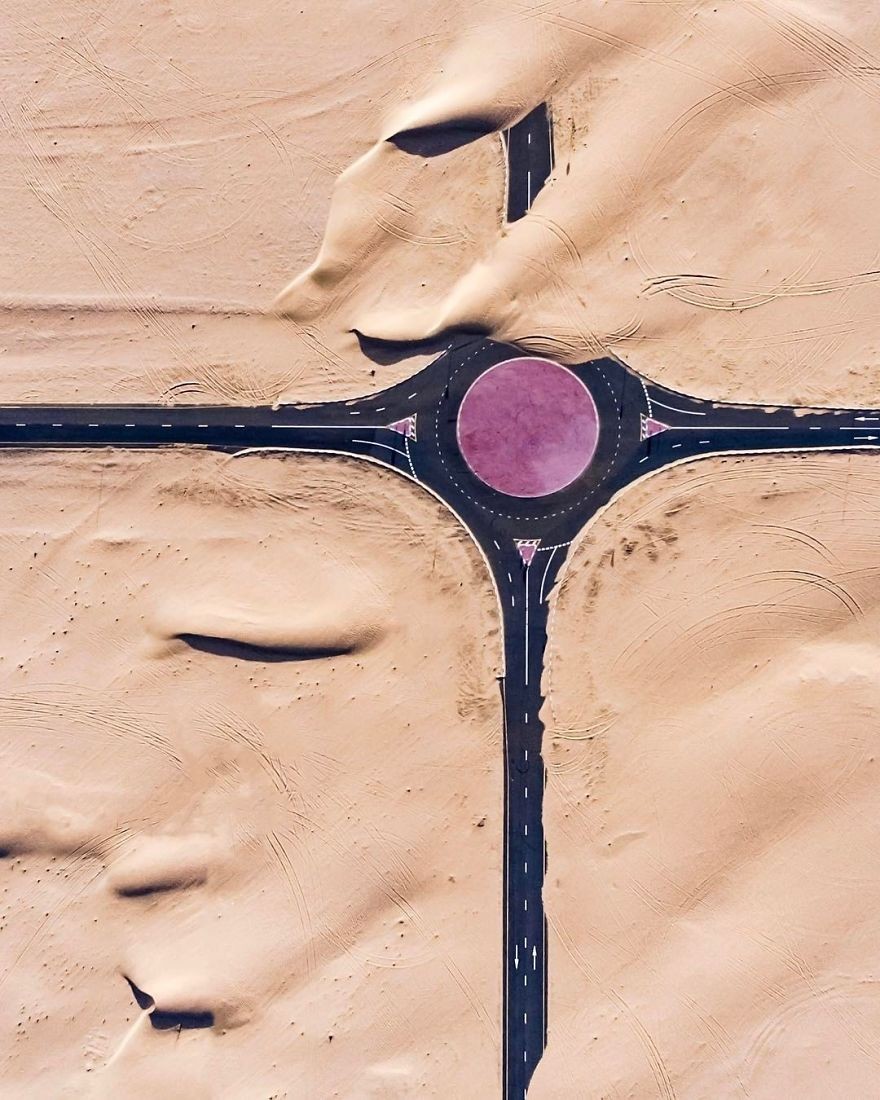 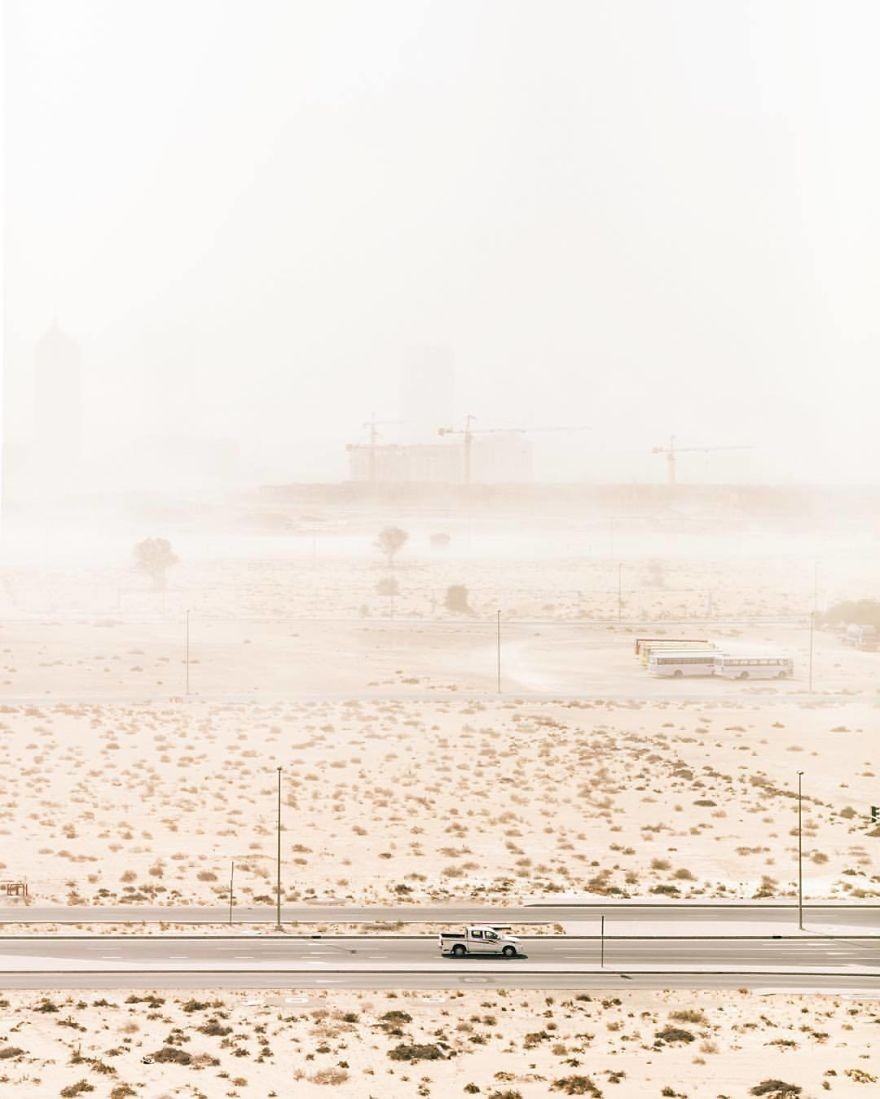 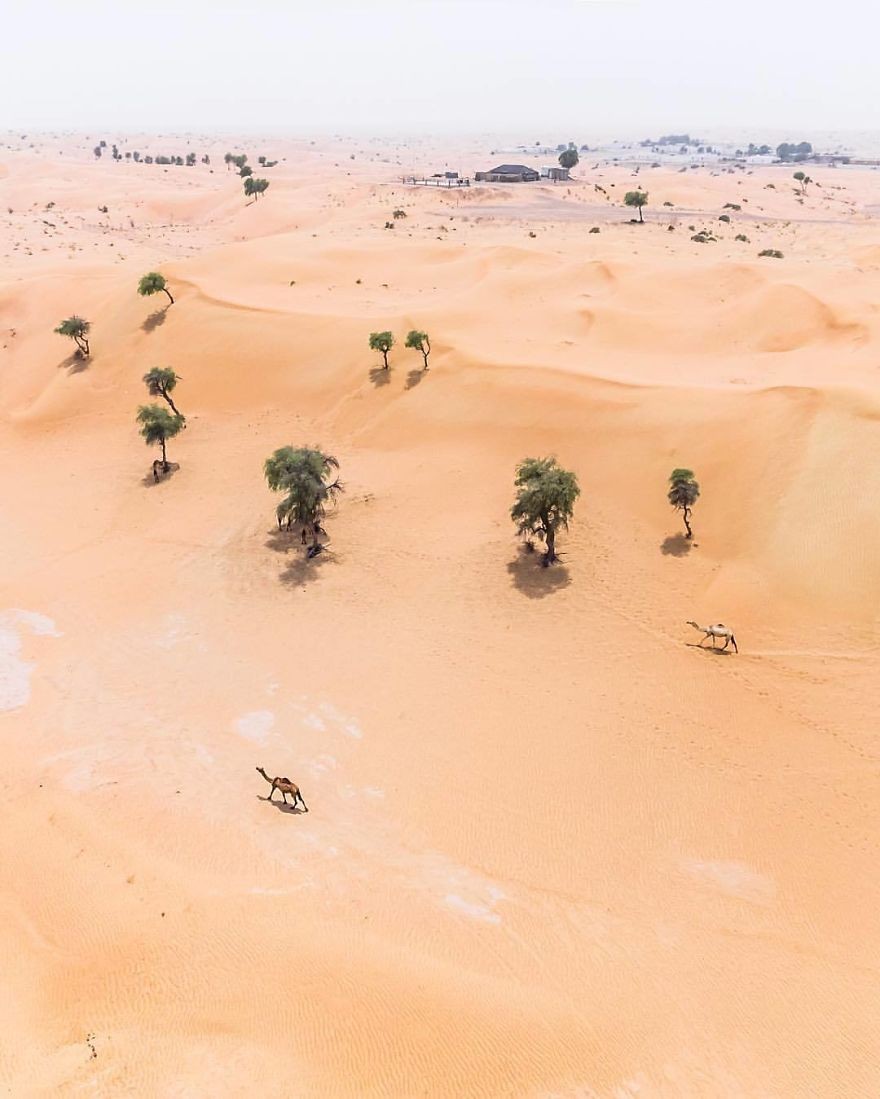 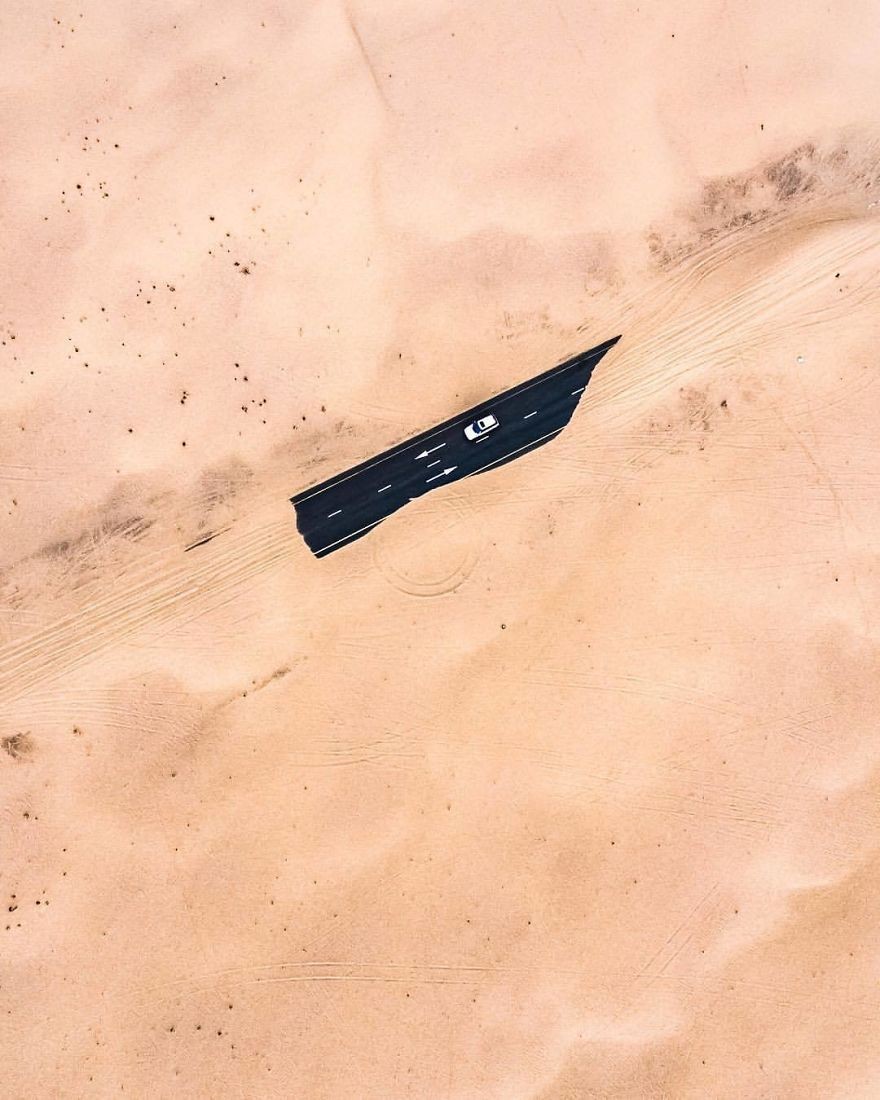 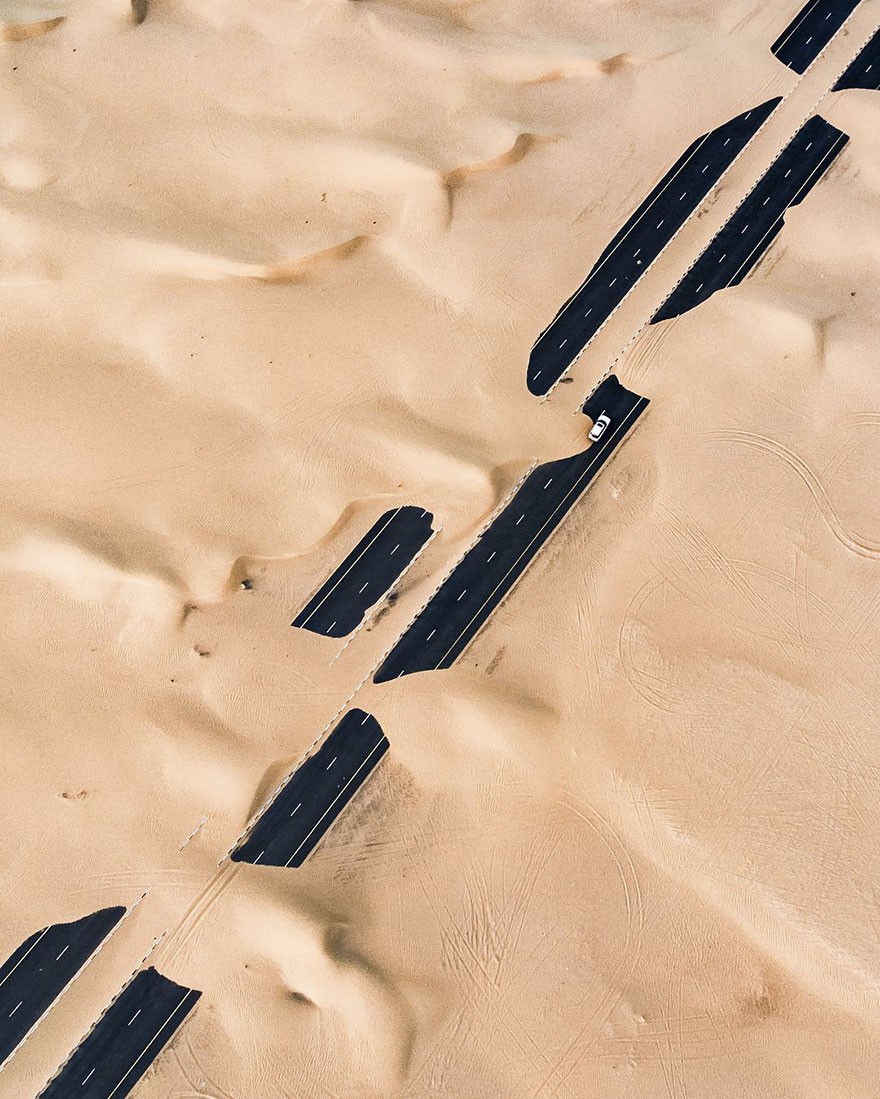 Thanks to Irenaeus’ pictures, we get a new perspective on this. Be sure to follow him on Instagram  for more of his work – it’s worth it! And as you can probably tell by now, don’t wait too long to visit the UAE if you had any plans to. It might not be there a few years from now. I mean, they have the money so they’ll probably build it someplace else, but still. It’s the idea that counts. 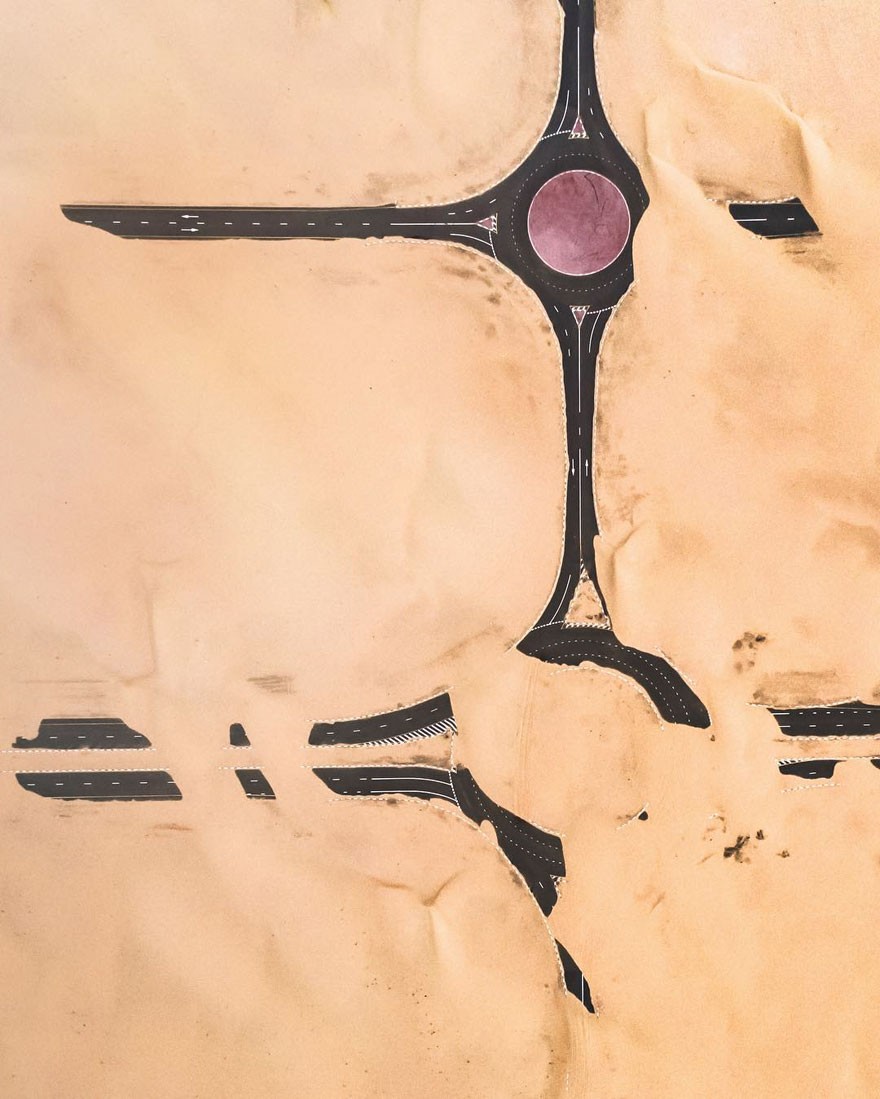 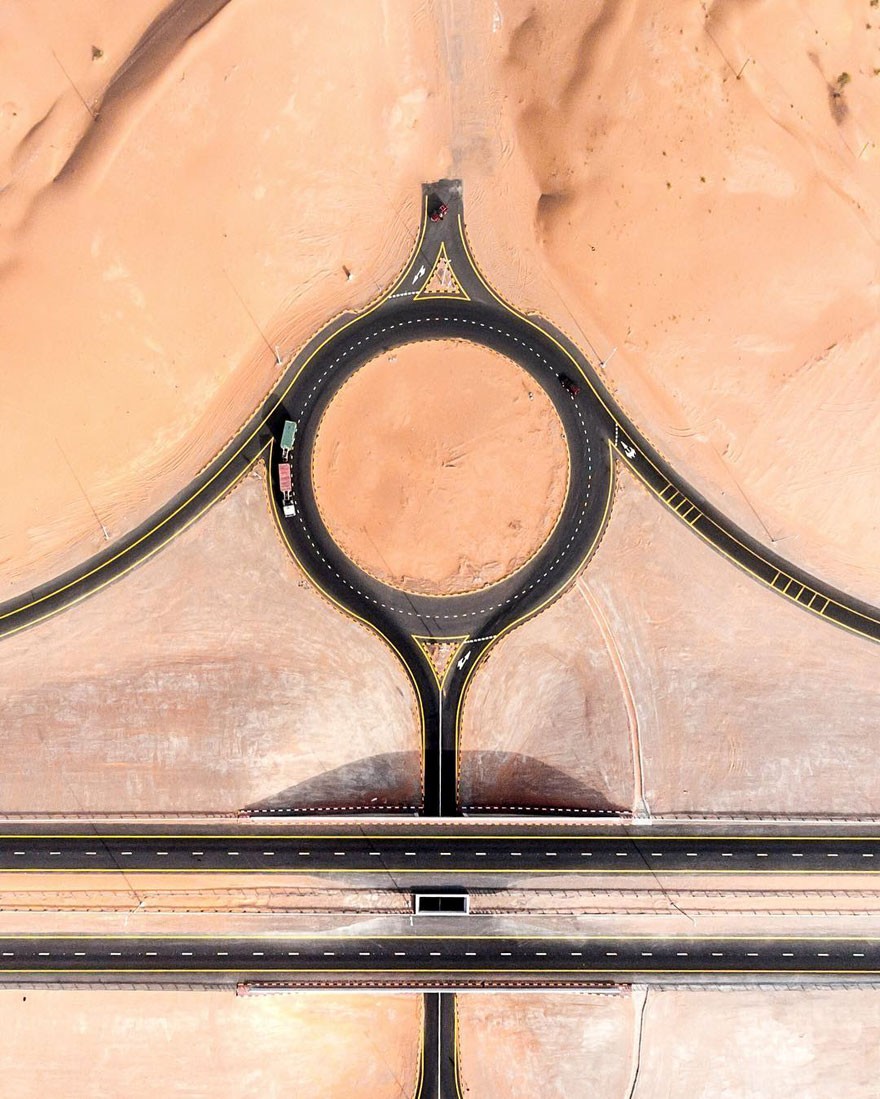 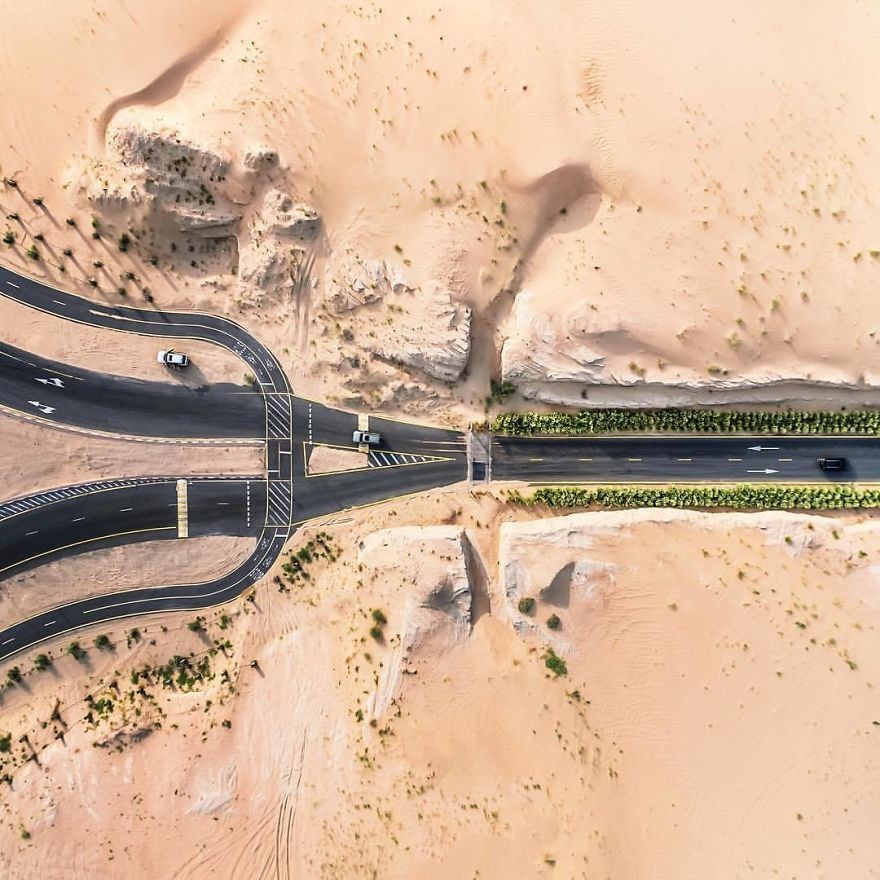 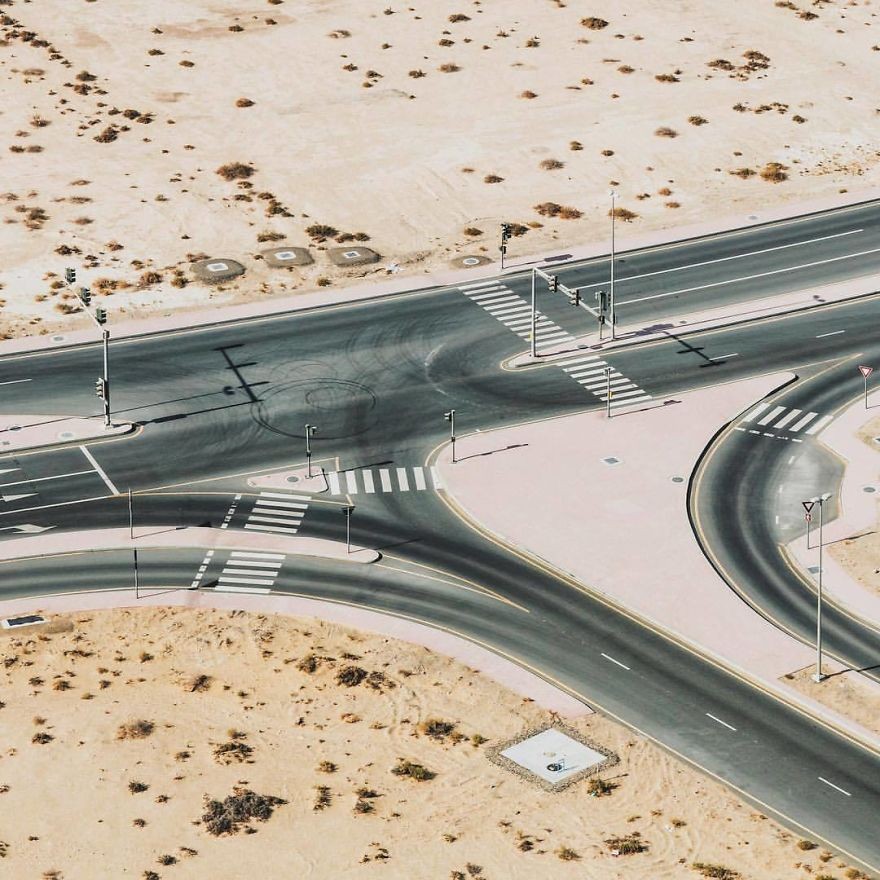 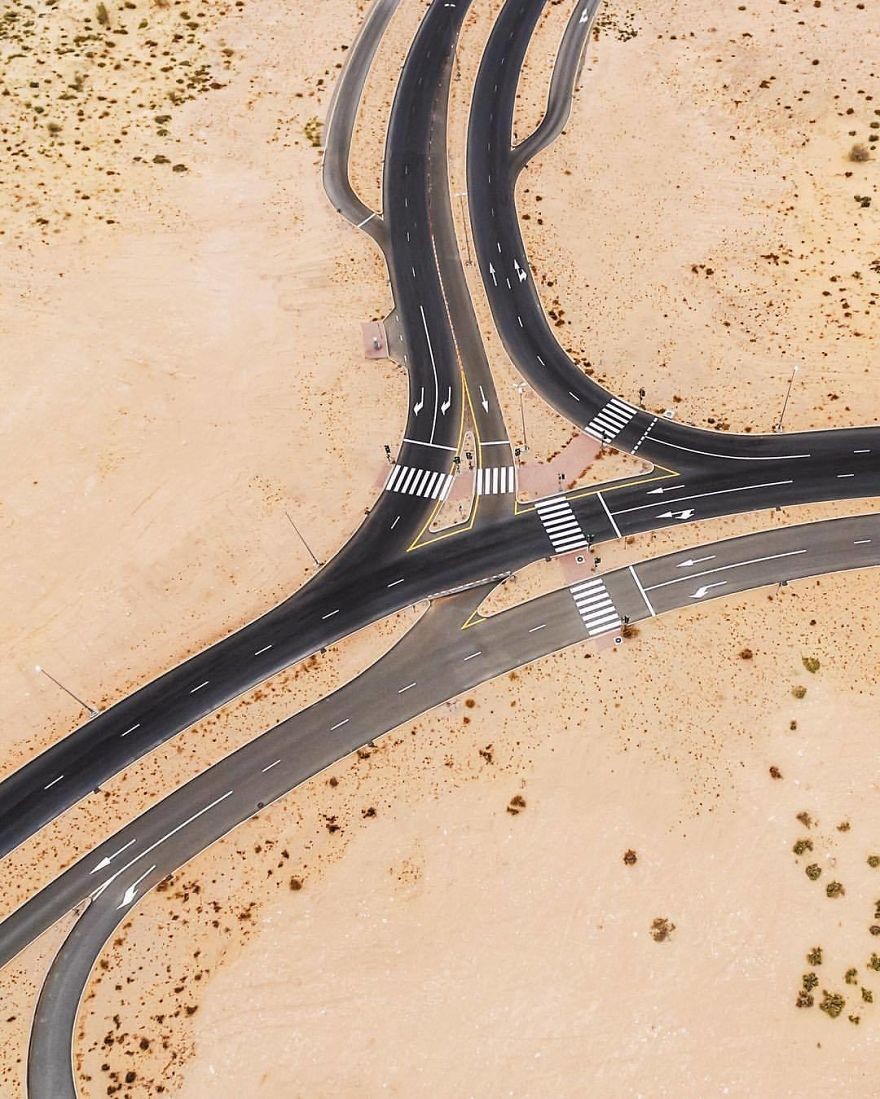 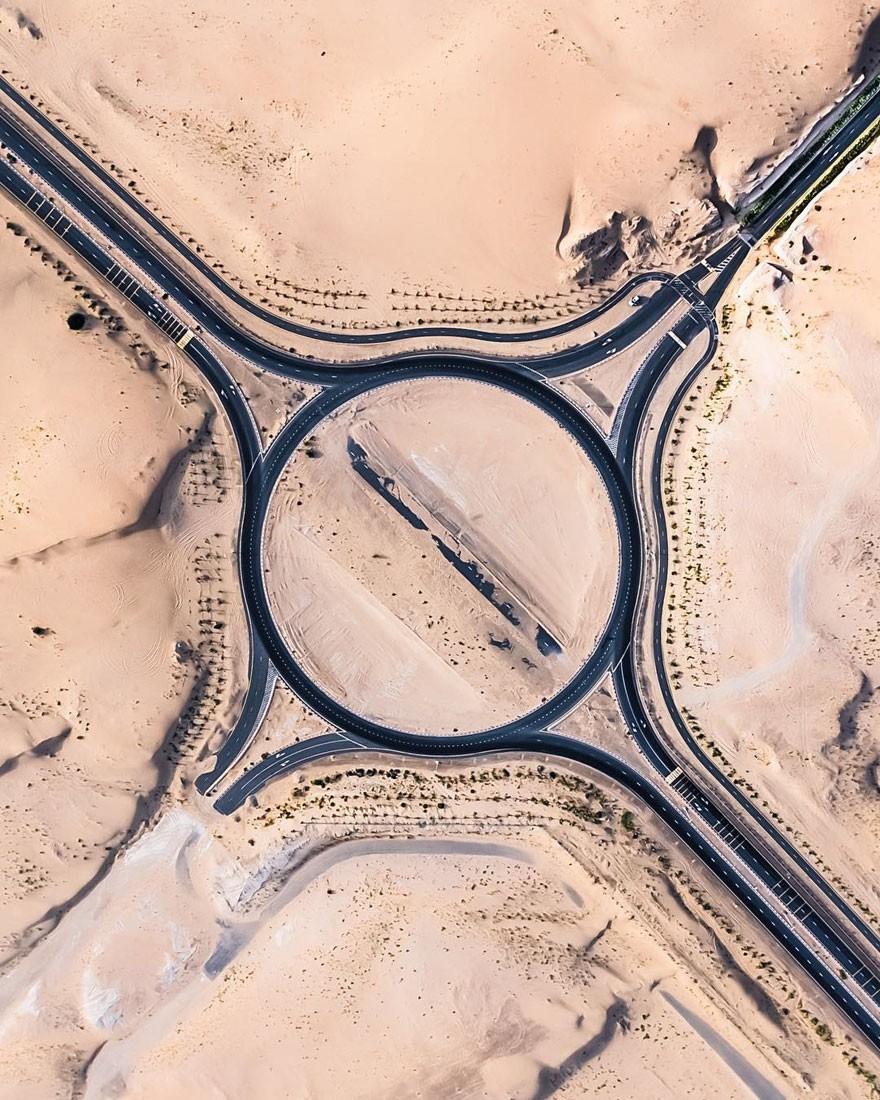 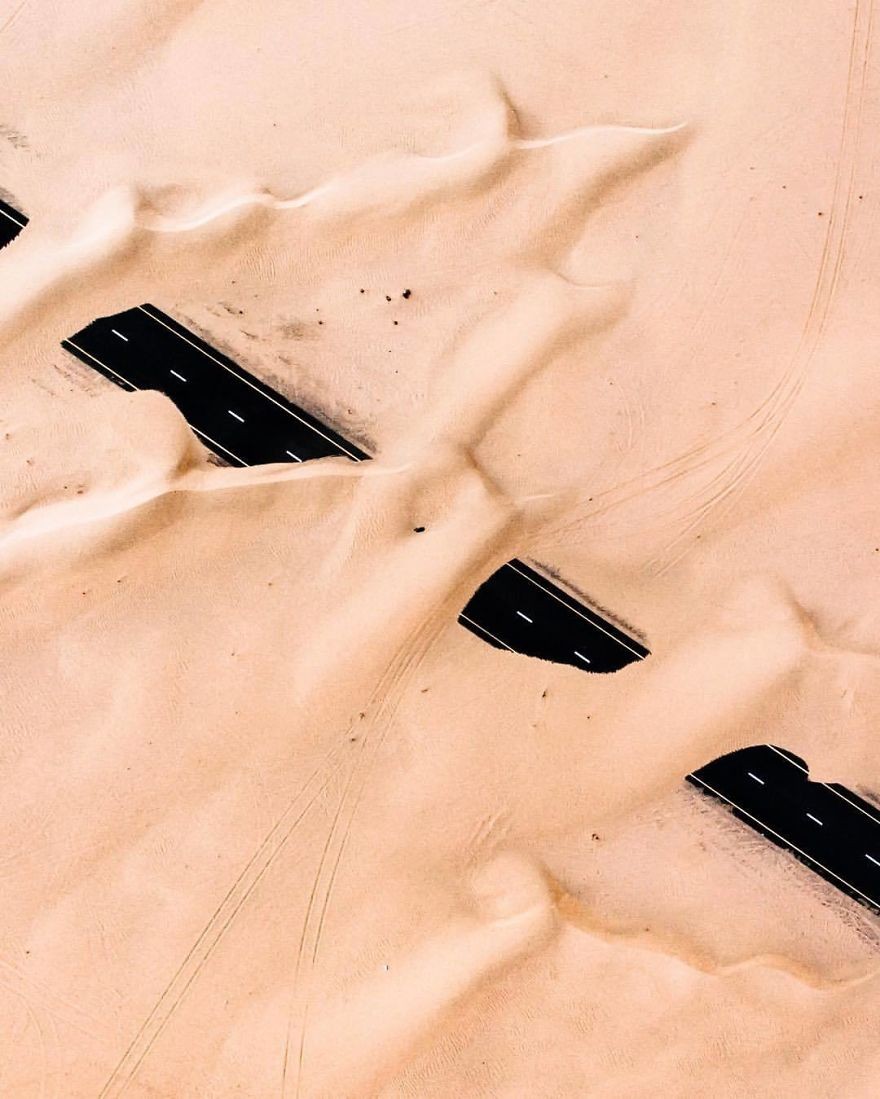 7 Things Your Blood Type Can Say About Your Body

20 Bizarre Photos of Trees Devouring Stuff Around Them

8 Excellent Horror Movies Where Nobody Dies